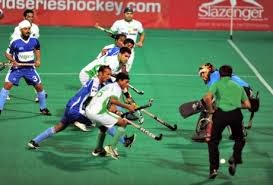 Controversy is something every sporting event wishes to steer clear of. And the second edition of the Hero Hockey India League (HIL) seems to have embraced one with the Sports Authority of India (SAI) voicing its disapproval over the association of Hockey India High Performance Manager and national men’s team head coach Terry Walsh with the upcoming Hockey India League (HIL) as coaches of franchise teams - Uttar Pradesh Wizards and Kalinga Lancers (Odisha).

It is learnt that the Sports Authority of India is unhappy with the development as it feels that both Oltmans and Walsh can serve the national team better by spotting talent in the high-profile league and work towards enhancing the supply line for the national team.

Significantly, SAI has shot off a letter to Hockey India categorically stating that both Oltmans and Walsh cannot take up such assignments as they are hired for the specific purpose of coaching the national teams.

SAI may have a point here, but it is equally interesting to point out that there is a clause in the duo's contracts with SAI which states these coaches can be freed from national duties for FIH-sanctioned competitions conducted by Hockey India at no cost to government.

Clearly, the whole episode makes one wonder whether the Indian team is going to benefit from their presence as coaches of franchise teams or whether the country may miss out on talent-spotting due to their involvement in the HIL as coaches.

There is a line of thinking in SAI circles that Oltmans and Walsh are being paid an attractive packet and therefore should have refrained from taking up other responsibilities, which points to a conflict of interest.

It’s not a question of whether who is right or wrong (SAI or Hockey India) – the bottom line is that Indian hockey should not suffer!
at December 23, 2013