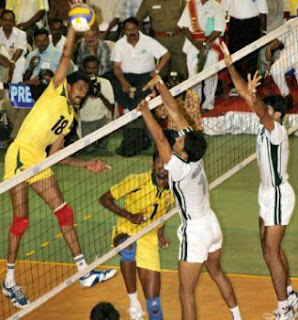 Pune: Shiv Thapa is only 15 but talks with a maturity beyond his age. It was this maturity that came to the fore when he outboxed Elvin Kerimova of Azerbaijan in the final bout to win the flyweight (50 kg) gold in the Hyder Aliyev International Boxing Tournament in Azerbaijan recently.For someone, who donned the India colours for the first time and to have become the first Indian boxer to win a gold at the Hyder Aliyev international tournament must have given him a new high. “I didn’t expect to go so far in the tournament. It was my first international tourney and all I was looking for was some solid international exposure and winning the gold is a big bonus,” Shiv gushes.

So then, what did the trick for this Assam pugilist who joined the Army Sports Institute in 2005? “Straight punches,” pat comes the answer. “Indian boxers usually employ the uppercuts and hooks but my coaches (More sir and Mahavir sir) have stressed on the excessive use of straight punches and I reaped rich rewards employing them in Azerbaijan,” he quips.Shiv comes from a modest background -his father runs a steel furniture business in Guwahati, but boxing runs in his family - elder brother- Gobind Thapa is a featherweight silver medalist at the 2007 National Games in Guwahati.

So is there any kind of sibling rivalry? “Nothing like that. When we box against each other, he doesn’t try to hit me but focuses more on explaining the tactics of a match situation,” Shiv reserves all respect for his elder brother.Boys of his age like to piggy out on junk food or whatever they stumble upon. But Shiv knows the importance of maintaining a strict diet. “I consume a lot of fruit salads and generally try to skirt oily stuff,” says, Shiv, who sees Mike Tyson as a role model.

“Mike Tyson is a braveheart. What I like about him is that he never gives up or get intimidated by his opponent. He thinks he is the champion and I want to imbibe this line of thinking when I’m in the ring,” Shiv added.The Azerbaijan glory is over.

So what’s next? “I’d be off to Uzbekistan for a training-cum-competition trip next month. “I really want to make the most of whatever foreign exposure I get,” Shiv remarked with truckloads of confidence.

The fiesty boxer has already set his sights on making a statement on the big stage. “I want to make a podium finish in the 2010 Commonwealth Games to be held in New Delhi, but my ultimate dream is to win a gold medal in the 2012 London Olympics,” he added with a ring of determination.
at May 23, 2008 No comments: 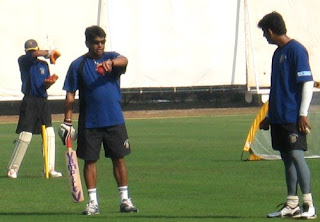 Pune: The last time the Maharashtra Cricket Association (MCA) hired an Australian - Darren Holder as director of cricket and Ranji coach in the 2005-06 season - Chandrakant Pandit closely worked with him as a high performance coach. A year later, Holder decided to pack his bags and go home, making way for Pandit who served the State team for two seasons before stepping down last year.And even as the MCA gets ready to welcome another Australian - Shaun Williams to its fold, there is a sense of anticipation and expectation about how he can contribute in furthering the development of Maharashtra cricket.

Ask Chandrakant Pandit, “It’s definitely a step in the right direction. MCA has been always looking ahead in terms of development and improvement and I’m not surprised with their decision,” he said. Pandit, who himself quit in controversial circumstances, believes MCA must have taken a long hard look before arriving at a decision. I’m sure the association under the able stewardship of Ajay Shirke have made the right move. Shaun Willians has served in various coaching capacities for Bangladesh cricket. “He has even served as an interim coach of the Bangladesh national side, he will bring a lot of experience to the table. I’m sure his appointment has been made keeping the future in mind,” Pandit opined.


One couldn’t resist the temptation of asking him whether Williams would be able to do justice to the dual responsibilites of director of cricket and Ranji coach. “Look, there is no denying the fact that there is going to be a lot of work. But I won’t say that anybody is going to be overburdened. If the person appointed for the job has the passion to delegate his duties, then I don’t see any problem,” Pandit explained.


Pandit, however, did strike a discordant note. “My only worry is the communication part. When I worked with Darren Holder, I found out that most boys were able to understand what he was saying but were not able to communicate with him. That’s not surprising since some cricketers come from the districts and don’t speak fluent English,” he added.
at May 23, 2008 No comments:

'I proved my worth'

Pune: There can be a propensity to feel unwanted when a player is part of the squad but not included in the playing XI. Warming the bench at times can create a negative impact on the player, but Yogesh Takawale hasn’t allowed any such thoughts creep into his mind.Forced to give the first five IPL matches a miss due to the presence of several accomplished, established names in their ranks, Takawale finally got his opportunity to parade his skills in the sixth game against the Delhi Dardevils, but failed to make an impression, but it was in the seventh game against Rajasthan Royals that he showcased his worth.

First up, he pouched two catches, one brilliantly taken to get rid of Ravindra Jadeja and later pitched in with a breezy 27 in a handy opening-stand of 41 with Sanath Jayasuriya, which smoothen their victory path to some extent. So then, does Takawale feel that he belongs to the whole set-up (part of the league) after his meaningful contribution against Rajasthan Royals. “We’ve a formidable outfit and that explains why I didn’t figure in the XI from the start of the tournament. We’ve three glovemen in the side (Luke Ronchi and Pinal Shah) and that makes my job of making the eleven even more tougher,” he says with any qualms.

On the preparation front, Takwale was lucky enough to have time to stay focused ahead of his IPL debut. “It was Sachin bhai who told me a day before the the Delhi Daredevils tie that I would be drafted in the XI. Actually that allowed me sufficent time to mentally prepare myself. I didn’t fire in that game but was fairly pleased with the way I chipped in with the bat as well behind the stumps.”Takawale dwelt on how the batting maestro advised him to treat the practice sessions like real match situations. “He (Sachin) told me to think of a practice session as a real match situation,” the swarthy batsman said. “I’ve been eagerly waiting for the opportunity to prove that I can perform at this level and I want to ensure I don’t let anybody down. I’d be only be happy if I’m able to contribute consistently in the coming matches.”

And how has been the experience of opening the innings with Sanath Jayasuriya. “Jayasuriya is a class act. In both the games, I’ve opened the innings with him, everytime I was struggling to middle the ball, he would walk upto me in between overs and tell me to collect a single and go off strike and let him play his natural game,” he added with a touch of satisfaction.